How Technology Will Fuel a New Business Boom 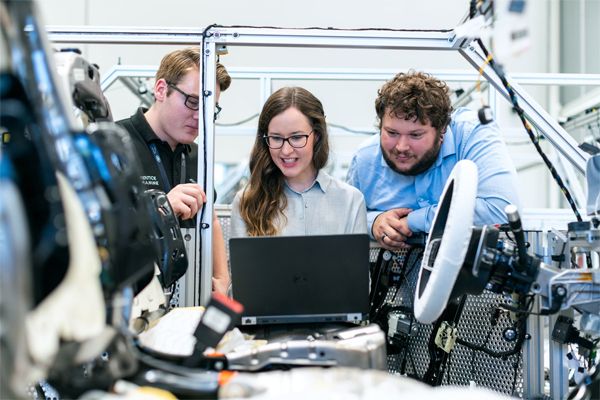 How Technology Will Fuel a New Business Boom

Here at Blue Horizon Venture Consulting, we've been preparing for the next wave of interest in small business and the need for preparing fundable business plan packages and capital raising documents for clients.

Technology has always been at the forefront of great booms in business - from the printing press to electricity, to the automobile, to personal computers, and most recently, the Internet. Vast fortunes have been amassed by people fortunate enough to be at the right place at the right time who took the interest, and actions necessary to capitalize on the latest technological breakthrough.

As human knowledge and information have grown, we seem to make exponential leaps forward in the amount of things that get developed and brought to market. It seems that only capital constraints keep us from making these developments a reality. But as we emerge from the great recession (which surely won't be without some fits and starts), we should start to see more and more promising developments hitting the market.

Here are just a few of the most promising things we see coming:

Crowdfunding - The SEC is currently stuck in between having allowed general solicitation (advertising) and crowdfunding to accredited investors and still trying to figure out how to allow crowdfunding to non-accredited investors, AKA "the masses". When the latter finally happens, we can expect a sea change in the way businesses are funded in the future. In fact, the entire world of finance is likely going to be turned on its head. No longer will banks and the rich elite have a corner on the world of finance and the role of the middleman, at a minimum, will be greatly reduced as business owners and investors will be able to connect directly through crowdfunding.

Sky Cars - Paul Moller has dedicated a great deal of his life, career, and fortune to developing cars that can fly, and after many trials and tribulations, Moller is very close to realizing success. His cars are propelled by multiple rotary engines that surround a cockpit on a horizontal plane. This allows the cars to take off vertically, and then covert to low altitude, 300 mph flight. Imagine being able to fly from LA to Las Vegas in an hour, leaving from your own driveway. The FAA is creating the rules that will eventually govern low altitude travel. The repercussions of this are many, but a life not unlike The Jetsons, would then be possible, and real estate could essentially take on a whole new 3rd dimension into the sky.

Automated Cars - Major automakers and technology companies like Google are actively working on cars that can drive themselves. Think about a four-seat car in which the two rows of seats face each other, perhaps with a table in between much like the lounge car in a train. You program in the destination, pile family or friends in the car, or laptop and office equipment, and off you go! Before you know it, the car has safely driven you to your destination. Smart technology like this makes this quite possible in the not too distant future. Now a travel day could be a productive day as well!

Electric Cars/Batteries - As green energy sources have increased significantly, so too has battery technology evolved. They're getting lighter and more efficient, much like computers went from large, slow, and clunky to small, elegant, and powerful devices. The ability to store energy and use it on demand is critical to using green power. Electric cars are a prime example of this. Until they get to the point where significant range can be achieved or batteries become interchangeable and can be quickly and easily swapped out (in the same time or less than it takes to fill up a gas tank), electric cars won't truly be able to compete. Improvements, however, are on the way. Electric car leader Tesla has plans to build a huge battery factory in the U.S.

Micro Green Energy - Wind and solar farms are fantastic ways to produce clean energy, but often the location of steady supplies of wind and sun are far away from population centers where energy is needed, and much of that energy can get "lost in transmission" over miles and miles of electric wires. Enter micro energy production - energy that gets produced on site - be it a commercial or residential location. Rooftop thin film solar panels, light-weight vertical axis wind turbines, biodiesel or other biofuel conversion devices (that might use garbage and yard waste to create fuel) could combine to make a building or buildings energy neutral or even net producers of energy. Did the industry miss the mark in trying to produce mass quantities of energy in a few large sites versus smaller quantities in numerous sites?

Shale Oil/Natural Gas/Biofuel - New technologies in extracting oil from shale in places like North Dakota and Canada have led to a huge boom in production that is likely to keep us burning fossil fuels for the near term. Likewise, natural gas is plentiful and can be converted to liquid natural gas (LNG), which can power cars, trucks, buses, and even container ships with a much cleaner type of fuel. And finally, biofuels are still out there, although the technology to turn our landfills into biofuel, or to create fuel from algae or other plant material seems to face particular challenges in scaling up from small plants, to plants capable of producing plentiful low-cost fuels. Time will tell if one of these new forms of carbon-based fuels takes off, or if we can harness electric power. The success of any particular fuel is tightly correlated with distribution, and it will take tremendous effort to compete with the network of 120,000+ gas stations in the U.S. The ideal solution is a fuel that can be seamlessly added to those existing stations.

Nanotechnology - The development of "high performance materials" is on the horizon as well, and research into carbon nanotubes has been under way for quite some time. The ability to create incredibly strong, but ultra light-weight materials is at our fingertips and could be used in everything from sporting goods to cars and aircraft. Imagine if a material used to build a car weighted one fourth that of steel, yet was stronger? It would require a lot less energy to propel the same distance -- the same for aircraft. Of course nanotechnology takes on many other meanings as well, and the size of mechanical devices continues to shrink as well. Computer chips and other devices seem to continue getting smaller and more portable.
Space Travel - Travel into outer space seems to be getting closer and closer to reality with companies like Virgin Galactic leading the charge. At present, the offering seems to be suborbital flights that are really only a taste of what space travel is like, with brief periods of weightlessness during parabolic flight. Eventually, space tourism companies will need to develop destinations, whether private "space hotels" or permanent structures on the moon. Meanwhile, launching satellites and space mining seem to viable lucrative forms of potential business in space. The future of the viability of space travel may well hinge on new launch and propulsion technologies as the cost of burning huge quantities of fossil fuels required for current launches continues to be cost prohibitive.

Medical Science - The advances in medical science are too numerous to mention, but it suffices to say that there are many on the near term horizon. The evolution of the aforementioned micro devices have numerous medical uses, such as drug delivery systems and even internal surgical instruments. Cures for cancer, Alzheimer's, Parkinson's and other diseases seem ever closer to reality as we further understand how our bodies work at a molecular level, in the meantime people still use home care services like https://homecareassistance.com/redondo-beach/ to help them with these diseases. If you're reading this, it might not be unheard of to see the average life span push toward 100 in the not too distant future.

3D Printing - This technology can essentially take a raw material, such as plastic, melt it, and "print" three dimensional objects layer by layer in real time. The potential uses for this are many, and could change the way we manufacture just about anything. The commercial viability of this process depends on the types of materials that can be used, such as metals or high strength composites, and of course scalability, cost, and speed. Right now, 3D printing is largely used for modeling and prototyping. As the technology evolves, it could potentially be used in any low volume or custom production jobs. Jewelry, dental work, electronics, automotive, aerospace, and medicine are just a few industries where 3D printing could be used. An entire aircraft could potentially be 3D printed, making it significantly light, with far fewer parts that traditional aircraft. With a cost savings of $35,000 per kilogram of weight reduction over the lifetime of a commercial aircraft, the potential financial impact of 3D printing could be truly staggering.

Brain Wave Technology - Until recently, the concept of "mind control" was fodder for science fiction movies and books. But this technology is actually being developed and could have numerous implications. A headset called a BCI (brain to computer interface) that uses EEG (the electrical impulses in the brain) to effectively communicate between wearing and a computer. Researchers at Harvard have also connected a computer to electrodes on the heads of laboratory rats such that a human wearer with a BCI can think about and make the rat's tail twitch. This technology has some rather staggering possibilities for medical science, such as enabling the handicapped, but also some rather sinister implications as well.

Time will tell how all of these technologies and industries evolve, but it suffices to say that they all hold tremendous promise and are likely to create vast wealth should they reach their full commercial potential. Not only should you follow these technologies and industries closely, but you should perhaps consider investing in some of the more promising companies therein, and if you have an interest in creating a business and raising capital for the business within or in support of one of these industries, please contact Blue Horizon Venture Consulting, and we'll get you on the right path to success! 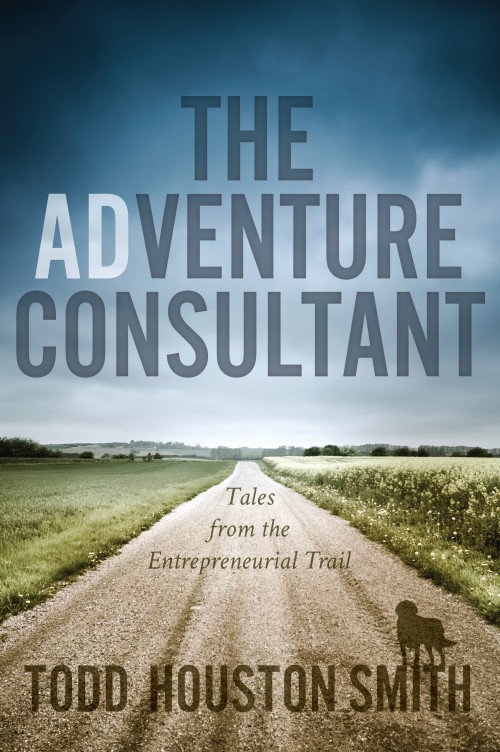